WHY WE HAVE SOMETHING FOR EVERYONE IN OUR FLEET 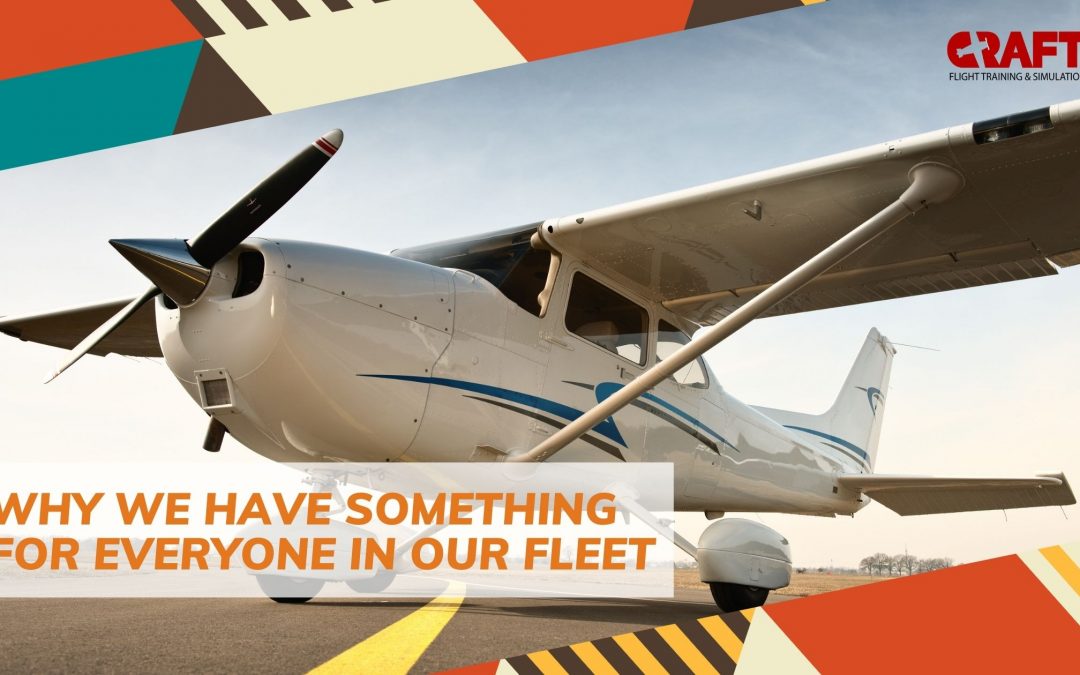 It’s no secret that our Diamond aircraft are our pride and joy. What’s not to love about them? With some of the best technology working to make them fly seamlessly and all the modern safety updates from the last century, it’s no wonder students flock from all over to fly them. However, as much love as we have for our modern Diamonds, that’s not to say we don’t have a love for the classics as well. And if it’s classics you’re looking for when it comes to your aviation endeavors, our Cessna lineup delivers not only on that front but many more as well. Do you want to get the feel of classic planes and modern ones? Do you prefer high-wing or low-wing, stick or yoke, classic steam-gauge or advanced Garmin avionics? In any case, our fleet offers both, and if what you want is something classic, the Cessna is an excellent choice. After all, they’ve been around this long for good reason.

The History of Cessna

The history of aviation in America is a very rich one. Many pilots and aircraft have made remarkable accomplishments in this field, but few have been as influential, long-lasting, and impactful as Cessna, particularly the Cessna 172 also known as the Cessna Skyhawk. From its inception in 1927 to the present day, Cessna has continuously made its mark on the world with its truly outstanding performance. With Cessna aircrafts having been around for close to 100 years, one may think that these planes are still soaring despite their age, however, it’s because of Cessna’s longevity that it continues to thrive. Backed by a great deal of determination, innovative engineering, and masterful manufacturing, Cessna continues to be some of the most respected and capable aircraft manufacturers to date. 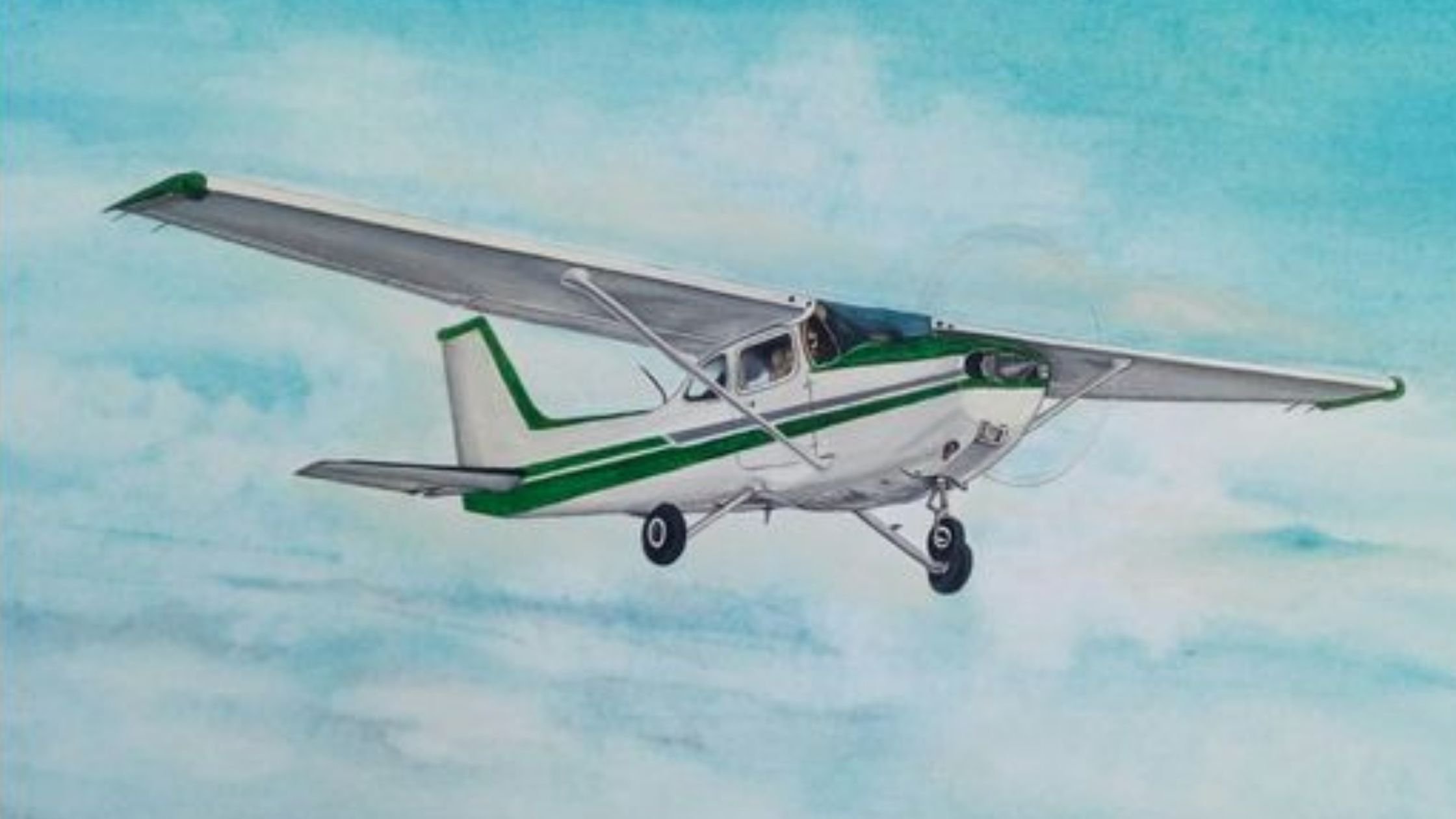 Founded by Clyde Cessna in 1927, Cessna aircrafts pushed through a troubled start in order to reach its success. After having to close its doors in 1931 due to the Great Depression, Cessna re-opened at the start of World War II. It was during this time that Cessna built the T-50 Bobcat. In less than a year, only nine months the Bobcat was designed, built, and approved to fulfill military orders. It is this level of efficiency that maintains Cessna’s place as a valued producer of aircraft. However, it wasn’t just efficiency that enabled Cessna to keep soaring but versatility as well.
After the success Cessna found with the T-50 during World War II, Cessna made the ambitious decision to branch out into the world of corporate aircraft. Seeing that there was a need for it, Cessna moved to supply it. Even while low on supply, Cessna still took a chance to expand its horizons. While this was a risky move, it paid off for Cessna as it led to the introduction of the Cessna 172, one of the most widely used planes to date. With a single-engine, fixed-wing design the Cessna 172 was popular enough to launch Cessna into the big three of aircraft manufacturers alongside notable companies such as Beechcraft and Piper.

As if the success of the widely popular Cessna 172 was not remarkable enough, Cessna saw other major accomplishments while expanding into the world of business aircraft. In 1954, Cessna made another breakthrough with the creation of the Model 150, the company’s first all-metal plane backed by 100 horsepower. Just like the Cessna 172, this model was also very sought after by flight schools. Cessna’s success during the late 1950’s even managed to break records. On December 4th, 1958 the Cessna 172 set the record for the world’s longest flight. Staying airborne for 64 days, 22 hours, 19 minutes, and 5 seconds. That’s the equivalent of six trips around the world.

To say Cessna was successful during this time is an understatement as the company was truly breaking boundaries and leaving its mark on aviation in America in more ways than one. Cessna is known for being the most produced aircraft as well as the most popular training aircraft, truly cementing its place as one of the most influential aircraft manufacturers in aviation history.

A New Generation of Cessna

Cessna continued to produce aircraft well into the 2010s, closing its doors for good after being badly hit by the 2008 recession. However, even though the company is closed for good, Cessna’s impact on aviation hasn’t been forgotten at all. It’d be difficult to find a pilot who didn’t train on a Cessna Aircraft. In fact, of the top four training planes in the US, three of them are Cessna models. These models are of course the Cessna 172, the 150 and 152 commuter series, and the 182 Skylane.

While the Cessna 172 is by far one of the most, if not the most, notable Cessna plane, many other models are equally deserving of high praise. Currently, Cessna’s models are split into three different divisions: Citation, Turboprop, and Piston. Each hosts its selection of remarkable planes with the Skyhawk being a part of the Piston lineup. The Cessna family can boast some very impressive numbers that make it clear why they’re one of the frontrunners in general aviation.

The Skyhawk, for example, is among the leading Piston aircraft having made over 200,000 deliveries. The Cessna Latitude and Longitude are quite notable as well. The Latitude is known for being the number one selling midsize business jet and Longitude is held up as the jet that can truly deliver anything. In the 90 years, Cessna has been going, it’s manufactured over 250,000 aircraft, logging more than 150 million hours of flight time in over 170 countries. With numbers like these, it’s no wonder how Cessna continues to be the number one aircraft for pilots to train on and for experienced pilots to rely on. 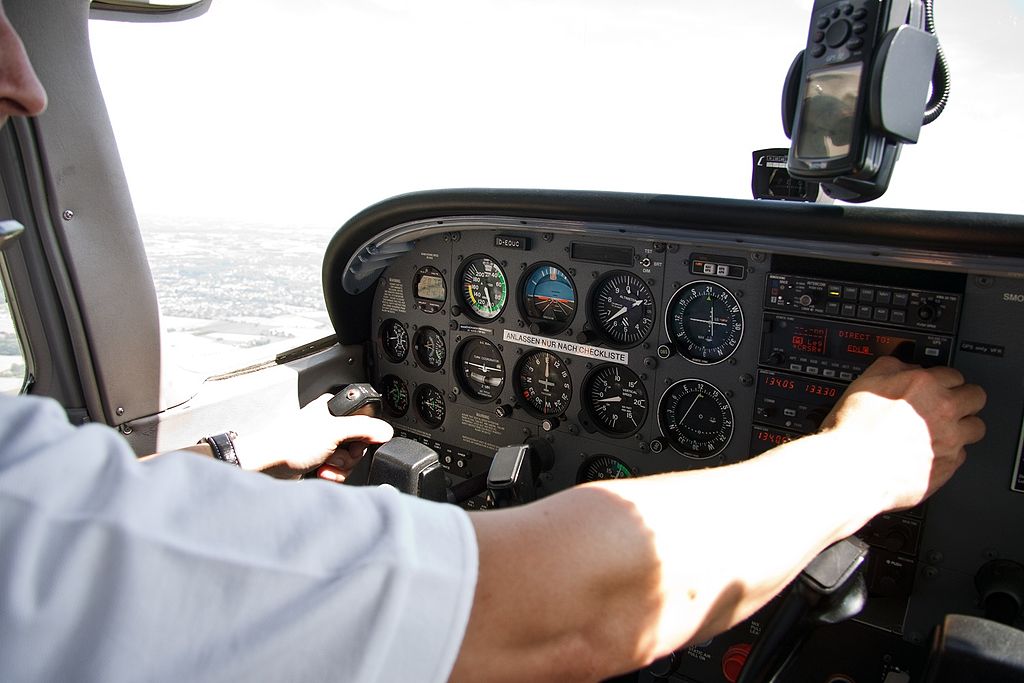 image: Cockpit of a Cessna 172 Skyhawk

The Caravan model, for example, is known for being the aircraft with unmatched dispatch reliability. This Cessna model is so durable and dependable that pilots frequently opt to use it when traveling in some of the world’s most challenging territories. The Sky Courier is another sought-after model as it can carry large deliveries a day in and day out and still perform incredibly.

While Cessna’s history plays a large part in why this aircraft is so sought after for training pilots, the manufacturing of the plane also helps pilots to learn flying. With the Skyhawk, the high wing design enables the pilot to have high stability, visibility, and ground control. All of these student-focused design aspects combined make it the optimal choice for a pilot in training.

A Familiar Aircraft on Screen

With everything said so far about Cessna it may be easy to think that there’s not much left for these aircraft to excel in. But let’s break away from the skies for a moment and talk about the silver screen. What do Point Break, Storm Catcher, and The A-Team all have in common? Besides being thrilling action classics, all of them feature the Cessna 172. Having been such a hit in the aviation world, it’s no surprise that Cessna aircraft would find a place in Hollywood as well. The aforementioned films are just three of the dozens of films and TV shows that Cessna planes have been featured in. Of Cessna’s vast lineup of aircraft, 39 of them have been featured in film and TV, each one with at least a dozen different features. When taking into consideration how much media is consumed daily, this would mean that millions of people have seen Cessna planes in action time after time and may not have even realized it.

This goes to show how even if someone is not a pilot, manufacturer, or plane enthusiast, Cessna has still managed to leave an impact on those who may not be familiar with aviation. The fact that so many films and TV shows have relied on Cessna to help bring their stories to life is further proof of how highly regarded these planes are.

Though Cessna officially closed down in 2014 and was bought out by Textron, the manufacturer of Beechcraft, the aircraft are of course still used. Aside from pilot training, Cessna aircraft continue to operate in other ways such as air ambulance services, surveillance, and flight inspection. However, due to the versatility and durability of these plans, they also work exceptionally well for recreational and business use. No matter what a pilot may need from their plane, Cessna has an aircraft that’s more than fit for the job. When not up in the air handling a wide range of needs, Cessna aircraft can also be found in aviation museums, for anyone who’d like to see these marvelous machines up close but prefer to stay a bit closer to the ground.

What Makes Cessna So Special?

Cessna has made its mark in the world of American Aviation. Starting with a man’s soul desire to make an impact on how aircraft are created and used, Cessna went on to become one of the greatest aircraft companies in history. At the heart of Cessna is of course its founder, Clyde Cessna. Despite his elementary-level education, Clyde’s skills were in large part self-taught. Despite facing many hurdles in life, he still managed to build a legacy. While the engineering and design of Cessna planes contribute to their massive success, at its core Cessna is such an impressive aircraft company because of the dedication and passion that Clyde put into making his vision become reality. 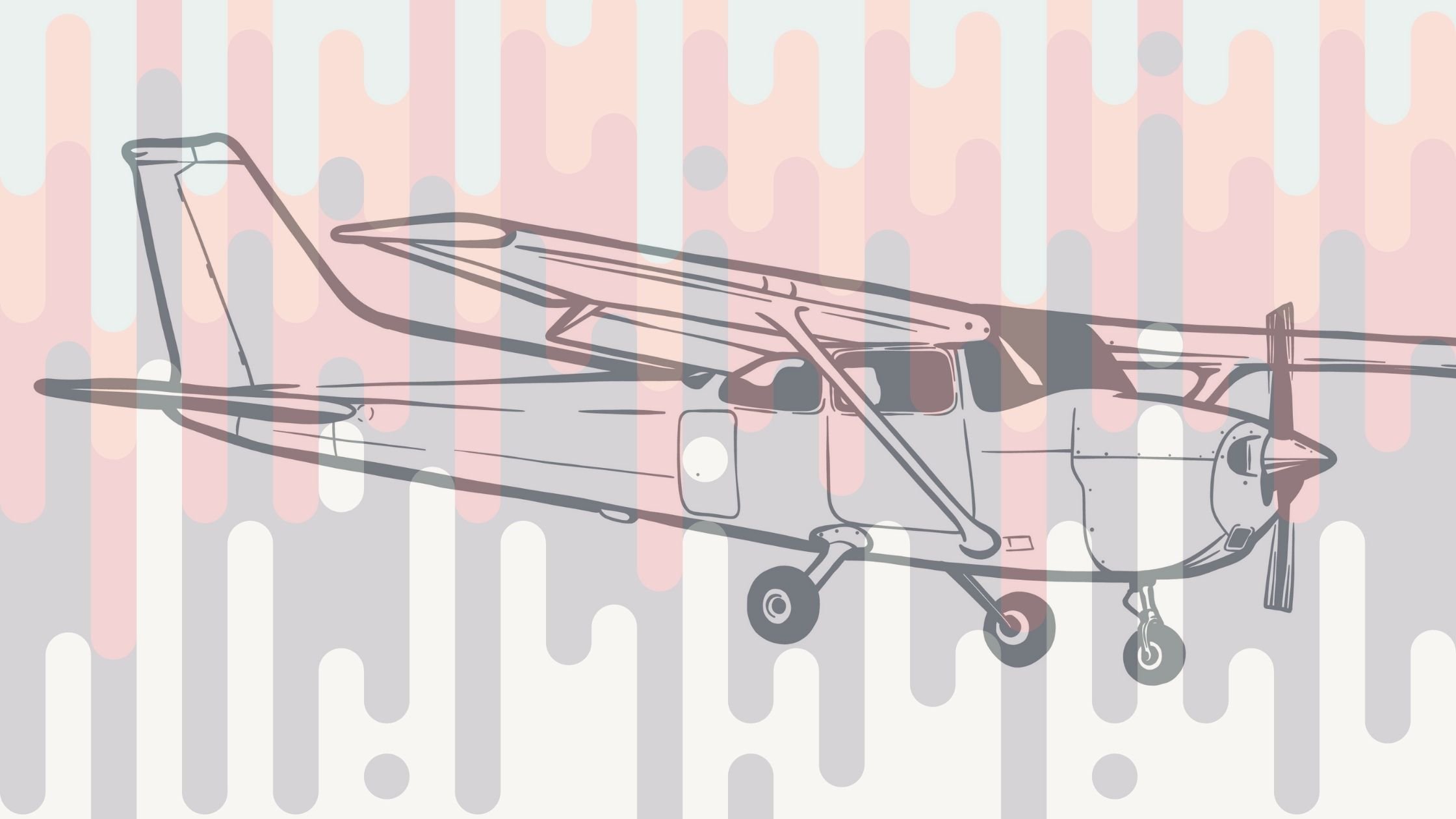 To this day, whether it be on a film or TV show, or up in the skies, Cessna continues to be as innovative and impressive as it was at its creation and during its peak. From setting worldwide records to being one of the most popular planes for pilot training, Cessna has managed to find success in many different ways. It’s this ambition and dedication that allows Cessna to hold a special place among pilots and aircraft enthusiasts everywhere. After facing two economic disasters, a devastating war, and many other hardships, Cessna’s planes are a sign that no matter how much the world may try and keep you grounded, with enough dedication and passion, you’ll be able to soar higher than ever imagined. If your interest is peaked and you want to take a shot at piloting one of these excellent planes, our courses will make sure you get top-notch training that’ll have you mastering the Diamond or the Cessna in no time at all.

Excerpt from TAKING FLIGHT IN AFJROTC On a clear Saturday morning at Summerville Airport,...

END_OF_DOCUMENT_TOKEN_TO_BE_REPLACED 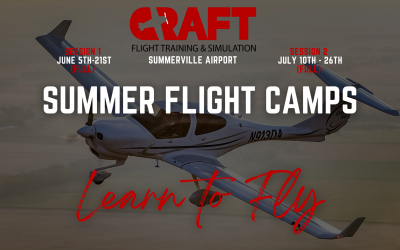 ARE YOU A STUDENT LOOKING TO GET YOUR PRIVATE PILOTS LICENSE OR MAKE AVIATION A LIFESTYLE? CRAFT...

END_OF_DOCUMENT_TOKEN_TO_BE_REPLACED 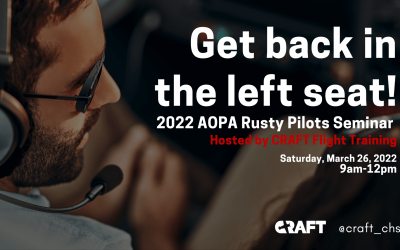 GET BACK INTO THE LEFT SEAT! If you're like a lot of pilots, the last couple of years has probably...