How 9/11 Changed Flight Training in the US 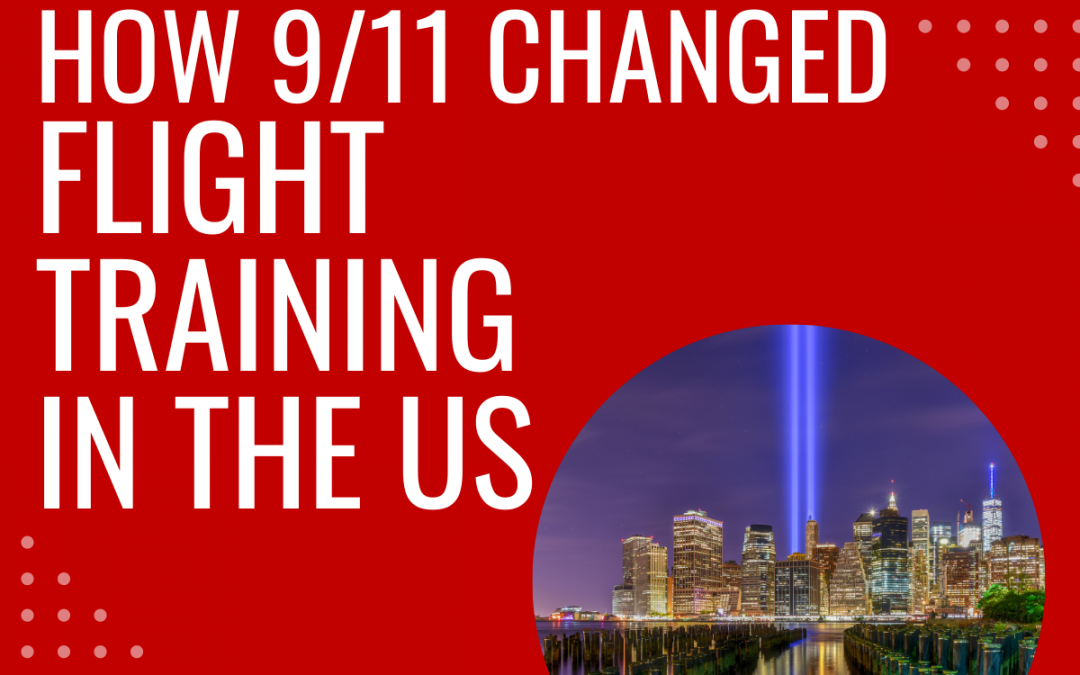 If you can recall the days of air travel, pre 9/11, you will remember a much different experience. Prior to the Aviation and Transportation Security Act, passenger screening was the responsibility of airlines. Security checkpoints were more of a greeting than the “boarding passes and ID’s ready, do not hold up my line!” we hear today. Lines were quick, we didn’t have to take our shoes off, we didn’t need to present an ID, and we were even allowed to bring family members to the gates with us. The glory days of aviation and air travel were still alive and well! Our ignorance and belief in invulnerability came at cost, though. That fateful day changed everything. “The events of that morning in the US changed the nation automatically, immediately, into one obsessed, in big ways and small, with protecting its security.

“The way that 325 million Americans go through airports today started on September 12th and has never gone back to what it was on September 10th,” historian James Mann said in a 2018 interview.

THE BIRTH OF THE TSA

Two months later, we saw the signing of the Aviation and Security Act, and the following year, the newly formed TSA took over security checkpoints and security operations at airports. The bill provided for the federalization of most aspects of airport security. Since its formation, TSA has received a lot of criticism. “In 2017, Homeland Security inspectors were able to transport facsimile firearms, explosives and knives through TSA checkpoints an appalling 70 percent of the time.” according to Forbes article “Is The TSA Necessary?” by Remington Tonar and Ellis Talton. As disconcerting as that fact may be, there is good news. Although the many negative things COVID-19 brought with it, one of the few positives was the lack of passengers being vetted which allowed the TSA’s ability to implement new changes. “In 2020, TSA implemented significant operational changes across its entire security checkpoint environment due to the COVID-19 pandemic.

The speed and degree of change were unmatched in our 19-year history,” said TSA Administrator David Pekoske. “TSA officers discovered a total of 3,257 firearms on passengers or in their carry-on bags at checkpoints” doubling the normal rate of catches according to the TSA website. TSA has also made significant gains on finding additional prohibited items that once made it through checkpoints on a large scale, such as knives and tasers. We can only hope this positive trend continues. While TSA may not be perfect, they certainly act as a deterrent, coupled with the efforts of other agencies, and the proof is that we have not had an attack since. That’s on the “commercial side” of the ramp, though.

As General Aviators, Flight Schools, and CFIs, 9/11 brought changes to our operations as well. Gone are the days of walking on the ramp without escorts.

Now there is additional ramp security, all employees are required to complete TSA security training, students are given additional logbook endorsements after verifying citizenship status, and there is an in-depth TSA approval process for foreign nationals seeking flight training.

While we are not “front line” workers, we still have a responsibility to take safety and security seriously. No CFI or Flight School wants to be the next organization or individual to have their signature in a logbook or name associated with a terrorist attack. As cliché as “if you see something, say something” is, it should be taken seriously. The victims of 9/11 were made so by the failure of both government agencies failing to act and individuals in positions failing to speak up. Through all of the changes airports have seen since September 11, 2001, South Carolina continues to grow within the aviation industry.

“Airports are gateways, often providing the first impression of a community,” said South Carolina Aviation Association President Terry Connorton. “Even among the changes to the aviation industry as a result of 9/11, South Carolina’s public-use airports continue to be integral to bringing new industry and jobs to South Carolina.”